“The Gospel According to Luke” Back to the Bible Conference :: December 2021 Rwanda

“The Gospel According to Luke” Back to the Bible Conference :: December 2021 Rwanda

Thirty-five (35) pastors from various evangelical denominations in Rwanda came together for four days (December 1-4) to study the Gospel according to Luke. The main facilitator for the training was Dr. George Renner, who has taught Revelation, 1 Corinthians in the past. We also has Mr. Nelson Kilonzo, Chair of TLAfrica Kenya Board visiting. Nelson shared devotions on the 3rd and 4th day.

On the first day, Dr. Renner gave a general view of the book, emphasizing the characteristics of the ministry of Jesus such as: (1) Jesus lived and ministered in the power of the Holy Spirit; (2) His purpose was to announce the Kingdom of God; (3) His teaching was that God’s salvation was for everyone, not just the Jews. No wonder the genealogy of Jesus in Luke presents Jesus as the son of Adam, the son of God (Luke 3: 37); (4) Jesus gave great importance to prayer life.

On the second day, the facilitator delve into various themes in Luke, and the first one was about the Kingdom of God. This was a new type of invasion which was not done by physical weapons, but by the proclamation of the reign of God. This invasion (both in Luke and Acts) was done by simple people but filled with the power of the Holy Spirit. We discussed the Kingdom principles and found that church leaders should make the Kingdom of God a priority in their proclamation. They should also act as captains in the Kingdom of God movement and their life as well as the life of all the disciples of Christ should be a yeast in the movement.

We also learnt that the Kingdom of God is holistic and includes issues such as (1) the forgiveness of sins to set people free so they can serve in the Kingdom; (2) Justice, peace and healing; (3) reconciliation and prosperity (4) eternal life.

We dealt with several truths about the Kingdom, among them:

The theme on the second day was about temptations.

On the third day, we covered the theme on leadership. The facilitator integrated Jesus teaching in Luke with Kouzes & Pesnez model of transformational leadership consisting of five practices of effective leadership, namely:

While in his earthly ministry, Jesus proved to be the most excellent transformational leader. He had a single and undivided commitment and he remained true to the purpose and His Father’s mission despite great stress. He wanted only His Father’s will to be done.

We discussed the following suggestions for a healing ministry in a local church:

Practice during the Conference 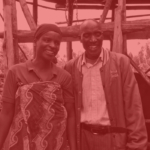 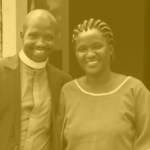